So you’ve issued a token, and things seem to have gone off without a hitch; however, that doesn’t mean that your compliance days are over – you’re still responsible for that token and the source of wealth for the person who holds it.

Unchecked secondary trading of tokenized asset opens the door to sanctions violations, facilitation of money-laundering and the ability for bad actors to use your token to fund the next terrorist attack.

The use of blockchain in finance continues to grow exponentially – from central bank adoption to micropayments – with more successful use cases moving from pilots to production implementations. Perhaps no area has grown as much as the use of smart contracts to create “tokens”, fractional ownership units for private equity, debt, real estate, and funds.

Awareness and usage of cryptocurrency have proliferated in recent years, with 2017 bringing an estimated $680 million of investment into blockchain assets. However, this dramatic growth was met with an equally dramatic number of scams and security breaches, with $23 million being lost daily due to malicious actors, gaps in compliance or sheer negligence.

This rapid growth comes as no surprise for those that have endured the inefficiencies, redundancies, and even human error or manipulation in the finance industry. These are some of the issues that have pre-empted the dramatic growth of the crypto and digital finance space at large.

Decentralization of financial services meant freedom from bureaucracy, gouging fees and piles of paperwork. Clearly, this was attractive. Financial services haven’t truly been disrupted at this level since the introduction of the banks themselves, which provided a trusted intermediary for transactions.

With Great Freedom Comes Great Responsibility
Despite its benefits, decentralization has also meant little protection for those choosing to engage in the early, wild west days of cryptocurrency. But this all changed forever in June of 2017 when the SEC announced that ICOs could be subject to securities laws.

As an issuer – from the moment you issue a token, you are responsible for that token for the rest of its existence. If an ineligible purchaser or a bad actor takes ownership of the token, perhaps via from one of the many crypto exchanges operating in grey markets or with meager KYC/AML requirements – the issuer is put at risk.

Multi-Jurisdictional Compliance
Running to Malta or the Bahamas also doesn’t change this requirement. One of the biggest knowledge gaps in this market is awareness of the fact that compliance isn’t actually about where the issuer is – but where the investor is. And each new locale – be it national or at the local level (various states in the U.S. have different rules around securities). Even if KYC/AML screening is adequate in one state, the requirements will likely vary and may even take on a different meaning in a different jurisdiction. Politically Exposed Persons Screening (PEP) varies significantly across different nations.

Hair of the Dog – Programmatic Compliance
Interestingly, it is the same decentralized and public blockchain ledgers that opened the minds of the world to the benefits of decentralization (and gave us the wild-west of cryptocurrency) that also have the ability to technologically surpass the highest standards of compliance, integrity, and transparency of any multinational bank or financial institution.

iComply makes it possible for token issuers and investors to rely on Prefacto™ compliance, which means that the tokens have been developed to commit only those transactions which adhere to the rules that have been programmed into them. These rules could be securities laws for security tokens or other rules required for a particular utility token (eg. Sale restrictions).

See how iComply addresses these issues with a personalized demo. 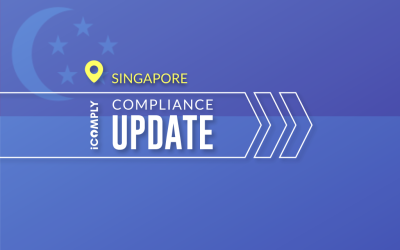 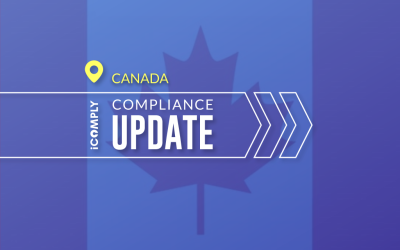 The Investment Industry Regulatory Organization of Canada fines Laurentian Bank Securities Inc. US$250,000 for not using a transaction monitoring system

We use cookies to make interactions with our websites and services easy and meaningful and to tailor advertising. By continuing to use this site you are giving us your consent to do this.I UnderstandPrivacy Policy