Not at all. In fact, one of the major shifts due to blockchain and DLT that we anticipate over the long term is both the consolidation and vertical integration, of the financial services sector. Licensed broker dealers are beginning to add digital assets to their workflows. Money services businesses such as Bidali offer preferential rates to settle transactions using ERC20 stablecoins rather than expensive and time consuming bank wires.

These players are on the front lines of engaging the end customer of financial services. Deep in the back offices of financial services, we see central banks around the world both piloting and incorporating public blockchains – most notably Ethereum – into key business processes.

The Singapore Stock Exchange (SGX) in Q4 2018 launched a platform for settling tokenized securities across multiple blockchain platforms. This came out of coordinated central bank efforts to streamline processes and focused on post trade processing only.

As a follow up to Project Ubin – launched by the Monetary Authority of Singapore –  the Bank of Canada partnered with the TMX Group and Payments Canada to launch Project Jasper. Continuously, we are seeing how savvy, and pragmatic, these institutional players are in their application and adoption of distributed ledger technology. The project was run on Ethereum, Corda and Hyperledger.

More directly related to iComply, several Central Banks in North America and Asia are beginning to explore the use of blockchain forensics to monitor money-laundering, terrorist financing, and fraud on major blockchains such as Bitcoin, Ethereum, Litecoin, Dash, and others.

This is critical because most central banks have AML policies that will restrict the adoption of public blockchain transactions (such as the Bank of Canada and Bank of Singapore) without properly screening for the source of funds on the digital assets they uses to transact.

While we have yet to see a central bank issue their own stablecoin, this is likely just a matter of time.

Risk in Digital Assets and Cryptocurrency: What Every CIO and CCO Needs to Know

Live Webinar: What Financial Institutions Need to Know About Cryptocurrency Date: Wednesday, September 18, 2019, 11 am -12 pm EST   Public blockchains - and the cryptocurrencies running on them - are here to stay. Capital flows through cryptocurrencies, such as... 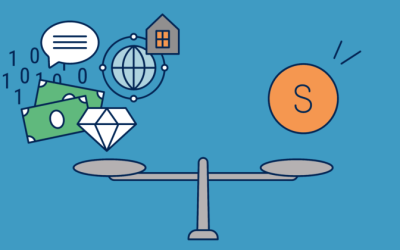 Did You Know: Stablecoins What is a Stablecoin? A stablecoin is a digital token that is backed by real assets such as fiat currency, with the intention being to reduce volatility. In the investment world, the term “real assets” means physical things such as real... 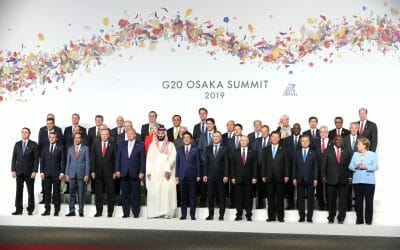 The Financial Action Task Force (FATF) first began weighing in on Cryptocurrency and Virtual Assets in June, 2014.  In 2015 the FATF’s guidance was focused on the interfaces between fiat currency and virtual currency. Since that time, the FATF and its 39 member...

We use cookies to make interactions with our websites and services easy and meaningful, to better understand how they are used and to tailor advertising. You can read more here. By continuing to use this site you are giving us your consent to do this.I UnderstandPrivacy policy